For many people stuffed animals are not simply toys. They are like friends, like part of the family. It may seem strange to some, but a stuffie can be your friend.

It is not rare to find people who feel their stuffed animals are their friends. Sometimes you can see this relationship form and develop.

A recent episode of the popular TV show TopGear gave us a glimpse in just such a thing. One of the hosts, James May, was injured after a failed attempt to ride a horse in Argentina. James fell on the ground and cracked three ribs due to the incident.

As a joke, his co-hosts Jeremy Clarkson and Richard Hammond bought him a stuffed horse. Instead of getting angry though, James really liked the present.

For those of you who don’t follow TopGear, it is sort of a tradition for the hosts to give each other gag gifts during trips. Usually these gifts then end up being destroyed. Not this time though.

James gave the horse a funny name – Brokeback to signify his bad back after the fall from the real horse. But then kept the stuffed horse with him safe and sound throughout the rest of the trip.

At one point he had to separate with his trailer, where Brokeback was stored. James though decided that the item he will take from the trailer with him is going to be the stuffed horse. His new friend.

It is maybe the only present in a TopGear show that was kept in one piece. This is what you do for friends. So yes, a stuffed animal can become your friend. And this is great.

Sady, the dramatic end to the show left us unknowing what happened to Brokeback. We hope that James managed to take his stuffed friend with him. Afterall they have been together through quite a lot for the short time they had. 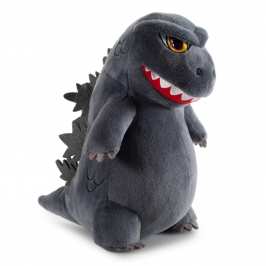 Kidrobot is expanding its plush toy line with a new funky character. Meet Godzilla which... 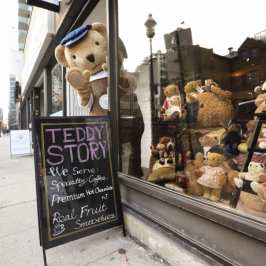 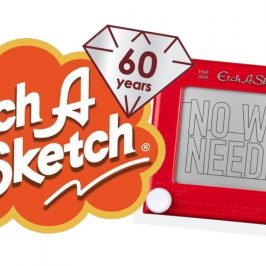 Etch A Sketch is one of the most popular toys of the last few decades....

Babies and stuffed animals just go together, right? But sadly, stuffies can be dangerous for...