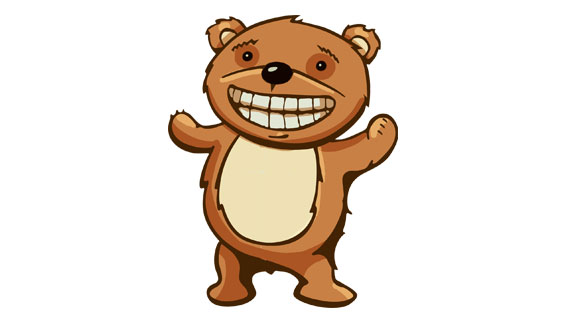 Usually stuffed animals are meant to be cute and cuddly. But that’s not the case with the Annoying Teddy Bear which will try to drive you crazy with a song.

The Annoying Teddy Bear is meant to be a gag gift to a friend. It looks cuddly and cute and it is. It features a built-in sound module that sings “Happy Birthday” to the lucky receiver.

Or is he or she so lucky? The thing about the Annoying Teddy Bear is… once activated, it will not stop singing. There is no Off button. There is no stopping the bear of singing “Happy Birthday” over and over again.

Unsurprisingly, less patient people have gone mad by this and have found a solution – destroying the poor teddy bear. Yes, this actually can make it stop singing. Some more patient people though have left the Annoying teddy bear to sing until the batteries go flat. It turns out that usually happens after about 3.5 hours or so.

So, if you happen to receive such a teddy bear, don’t destroy it. Simply put it in a room or a wardrobe for a few hours until the batteries are flat. Then you will be left with undoubtedly a very cute teddy bear for your collection of stuffed animals.

The creator of the Annoying Teddy Bear is Cornelius Wilson. He says to KnowTechie that “The idea started from my daughter Mikayla and I wanting to prank my brother, Wilson said with a chuckle. We always play jokes on one another. Since it was around his birthday, he said. She actually came up with the idea of having a birthday song play repeatedly for hours with no option to turn it off”, he says.

After a campaign on Kickstarter, which was quite successful, the AnnoyingTeddy is now a full-fledged product selling for $19.99. This has allowed him to expand his pranking business to new heights.

Mattel is entering the colectible toy market with a new line. Meet the Cloudees –... 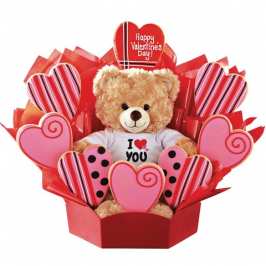 Fans of Toy Story have been eagerly awaiting the arrival of the fourth installment of...