Toys R Us continues to have problems. The company’s stores made less toy sales than last year and is now thinking of closing even more stores, Bloomberg reported.

According to Bloomberg’s sources, Toys R Us is thinking of closing at least 100 US stores. That number can reach 200 stores if things aren’t going well. So far, no final decision has been made, the news outlet says.

Also according to its sources, Toys R Us is having a bad holiday season. US sales have declined by about 15% from a year earlier, the news agency says. “Final decisions about our real estate portfolio will be done only after careful consideration about the best interests of our business,” said spokeswoman Amy von Walter. “Any speculation on that figure is premature and likely to be inaccurate.”

Toys R Us has about 880 stores in the US as of January 2017. The news seem to be traveling across the toy industry. Both Mattel and Hasbro’s shares fell to season lows on Monday. Both toy giants have been blaming Toys R Us for their weaker sales since September.

Of course, it can always be a case that for at least the last two seasons the most popular toys among kids are coming from different companies. Last year it was the Hatchimals by Spin Master. This year are the Fingerlings by WowWee. And there are also the Shopkins and Fidget spinners as “supporting” trends. Also, most toy shopping is now going online.

So, couple the lack of hit toys from the big names and the problems of Toys R Us, and you have a recipe for problems. All of this creates even more tough choices for Toys R Us, Bloomberg notes. The company will now have to think about the future of possibly more stores than it originally planned.

Toys R Us stores will continue to restructure. That also features smaller stores, creating more experiences for the kids in the stores and a bigger online presence. The goal is to reduce the notion that Toys R Us is simply a huge warehouse-size store. Will this be enough? It may be a little too late considering the vastly different toy market. Hopefully it will pull through, as it will be sad to see them with so many problems going forward. 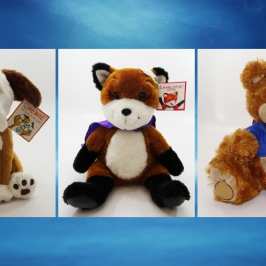 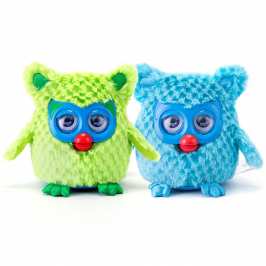 Can’t get your hands on the Hatchnimals? There’s an alternative. Meet the Fuzzy Wonders which...

HugPatrol is a new program by the Anne and Eli Shapira Charitable Foundation in Oregon...