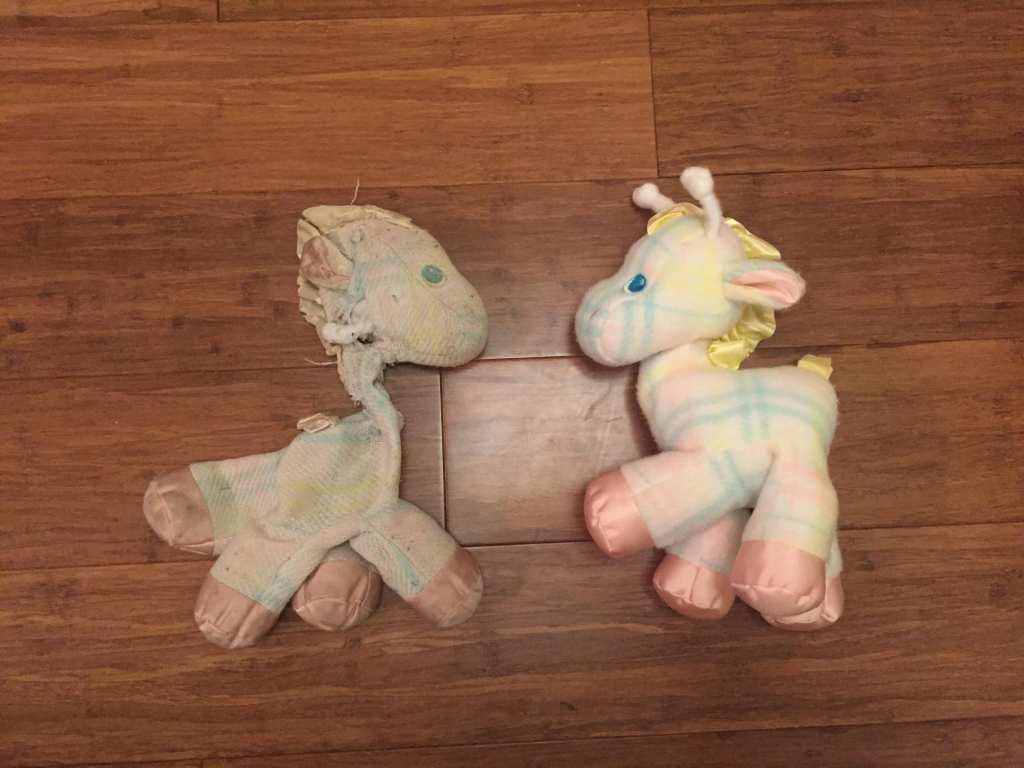 We all have stuffed animals from our childhood that have a special place in our hearts. Well, this grandmother knew exactly what she had to do to keep those memories alive. She went on a bidding war on eBay for a very special stuffed animal, PopSugar reports.

This is the story of Nick Hollinger and his mother Jan. When Nick was a small kid, a whole 29 years ago, his mom gave him a plush giraffe for Christmas.

Nick loved the giraffe very much. He called it Fraffy and played with it for years. The giraffe has seen better days though, as you can see in the pic above on the left.

“When I moved to Chicago from Washington state at age 12, Fraffy was my moving buddy,” Nick shares with Babble. “He sat with me, assuring me I could make it through high school in a new state. He maintained his cuddle buddy status for a few more years, hiding under the covers when friends came over.”

Well, recently Nick and his wife announced they are expecting their first child. This is when Jan had an idea. Why not find a new Fraffy for her grandson? All of this happened last year. And Nick had no idea.

“My mom handed me a particularly fancy package and sits down next to me, eyes sparkling,” Nick told Babble. “Carefully, I raised the lid and there he was: a brand new Fraffy — vibrant and velvety, horned, hole-less and whole, stuffed full of soft cotton and life. He was the best Christmas present I ever received.”

A few days ago Nick decided to share this story with the world on Reddit. “On the left is my first (now un)stuffed animal I received for Christmas 29 years ago,” he wrote. “On the right, the new Fraffy my mom tracked down to give to my 8-month-old son for his first Christmas. I can’t believe he used to have horns!”

Unsurprisingly, Nick’s son also loves the new Fraffy. He’s playing with the plush giraffe all the time. And you know what would be even better? If Nick gives the old Fraffy a simple restoration. He can give him a good wash and then change the stuffing. A couple of patches to close the holes and the old Fraffy will be able to stick around.

Teddy Bear Clinic events continue to rise in popularity. This week there will be two... 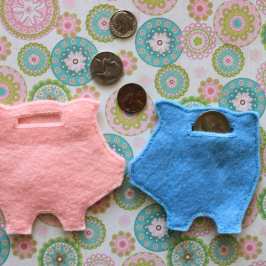 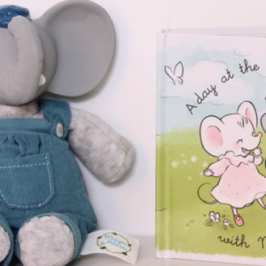 Recently we have been reminded once again that something as simple as a smile can...