The 2015 Toy Fair is underway in New York and it has already given quite a few new toys. Among them there are new stuffed animals that you should check out.

The new stuffed animals shown at the 2015 Toy Fair are quite a lot. Some companies have already posted their announcements on the internet as well.

DC Collectibles for example has an entirenly new line that focuses on the current fan favorites on TV. Among the lots of figures of Batman, Superman, The Joker and so on, you will find some new stuffed animals.

Like Krypto, Dex-Starr, Hoppy and Streaky which were shown at the 112th North American International Toy Fair in New York City aka the 2015 Toy Fair.

In the same time 9News has a nice video of some of the hottest new toys show at the 2015 Toy Fair in New York. For example the Just Play Care Bears Sing-a-long stuffed animals will again be a popular item this year. They were first made popular about 30 years ago! The bears can sing solo or with their friends, and retail for just $29.99.

Japanese Toy Company TOMY on the other hand will be making the official toys for two new Pixar movies, the Hollywoord Reporter says. TOMY until now has handled licensed toys and merchandise for brands including Pokémon, Sonic the Hedgehog, John Deere and others.

Our goal is to become one of the largest toy companies in the world,” says Willie Wilkov, TOMY’s chief marketing officer, who is based in Oakbrook, Illinois. The company is not talking much about the stuffed animals, only about the rest of the toys, which is a pity. Nevertheless we should be able to see them in the stores soon as one of the movies is Inside Out and the toys are expected in May 2015. The second movie is Miles From Tomorrowland and the toys for it should be available in August 2015.

According to Marty Brochstein, SVP at the International Licensing Industry Merchandisers’ Association, toy companies this year will focus on franchises. Amongs them will be the popular stuffed animals like Paddington Bear for example. The stuffed animal “has always been an endearing bear and steady seller, but when the movie released, there was a huge surge in sales,” says Kate Karcher Clark, president of toymaker YOTTOY Productions to the online edition of Deadline. 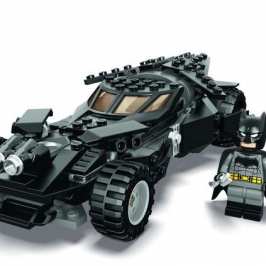 The LEGO movies are going to welcome a new member soon. The first trailer for... 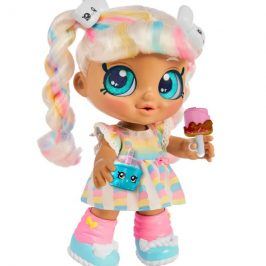 Australian toy company Moose Toys has a new goal. It wants to disrupt the preschool...

Build-A-Bear is already offering its Black Friday deal. You’d say that there’s a week to...

68-year-old Jackie Miley is famous for her enormous collection of stuffed animals. Now she has...

Star Wars is continuing to enjoy an enormous popularity and this reflects on the themed...

With a week left for the debut of “Christopher Robin”, Disney is kicking into high...