Target is going to remove all signs pointing which toys are for boys and which for girls in its stores. The reason is a big social media backlash for the labels, The Star Tribune reports.

It all began after Target posted a tweet showing a sign in one of its stores that was showing there is a separation between “building sets” and “girls’ building sets”. Since then there was a big uproar that this labeling and separation is not right. So Target decided to listen to the criticism and announced that it is removing all gender labeling from the toy aisles in all of its stores.

The shift will go even beyond the toys. The stores will remove gender-based labelling from kid’s bedding and other areas.

The shift comes at a time where toy manufacturers themselves are moving away from such labelling for their toys. There is nothing wrong with boys playing with E-Z Bake ovens and girls liking Hot Wheels cars, says Jim Silver, editor of TTPM.com.

Most stores have already done this shift. Instead of separating the toys for boys and girls, they are arranging their aisles in accordance with the toy types. For example: stuffed animals, constructors, LEGO, Star Wars and so on. In general, Target also uses this type of categorization, with the exception of building sets and a few other toys.

Target will also remove color paper in the toy aisles that indicate gender and will replace it with wood paneling. It will take a few months to complete the change everywhere, so be patient. The company said its teams are identifying other parts of the store where they could make similar changes, but added that gender-based language still makes sense in some departments such as apparel where sizing and fit are different.

“We heard you, and we agree,” the company said. It added, “We never want guests or their families to feel frustrated or limited by the way things are presented.” In a blog post on its corporate website, Target said that in the past, shoppers have said signage by brand, age or gender helped them find gifts faster.

So the change will not be reflected on Target.com, where gender is often used as a search term when people shop online. It is not the first store that has had pressure to remove gender labels. Toys ‘R’ Us in 2013 agreed to remove gender specific signage from stores in the United Kingdom amid pressure from groups there.

It’s generally thought that toys are for kids only. But they can actually be beneficial... 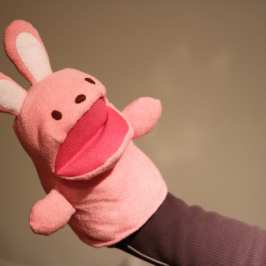 Sometimes it can be difficult to teach a child something. Especially about feetlings for example....

Toys and Star Wars go hand in hand. Combine the two and you have a...