This Christmas will be a little bit more happier for children in need thanks to lots of charity programs that give out stuffed animals and toys. Teens too help out by gathering toys to donate.

Like the 16-year-old Makaylea Zeller from Jackson County. She was inspired by a movie about Santa Claus which she watched when she was five years old and gave her the idea to gather as much stuffed animals as she can in order to donate them to children in need.

This started a few years ago with Makaylea giving out her own stuffed animals. Then it became a tradition with the help of her father who is a retired police officer. This year Makaylea was able to gather nearly 100 stuffed animals and give them to local law enforcement officers, WXXV 25 reports. “I did this thing on the internet and it said there are researches that actually say teddy bears calm children through traumatic events, so I thought this would help,” she says.

PetSmart also gave out stuffed animals to children at the Ozanam Family Shelter in Edison, NJ.com reports. Each child received two stuffed animals – Chance and Lucky. Then children had the opportunity to play in a Playtime Party Game Truck. “That’s what it’s all about,” said Marco Jurjevich, Store Team Leader of PetSmart in Bridgewater. “PetSmart is grateful for the generosity of our pet parents, not only for their support and love of animals, but also for their commitment to the communities where we do business.”

“The number of children experiencing homelessness has never been higher, so this visit from PetSmart is especially heartwarming and draws attention to the plight of the homeless,” said Marianne Majewski, executive director, Catholic Charities, Diocese of Metuchen, who added “one in thirty children will experience homelessness in their lifetime.”

In the meantime, members from Pan Am World Wings International’s Oakland Chapter donated stuffed animals for Hope Hospice patients. This group of former Pan Am flight attendants supports local charities, and has been buying bears for Hope Hospice patients for more than a decade. Staff members distribute the fluffy animals to patients who are in need of a little extra TLC, the Independent news reports.

Charity events like these are going everywhere in the US and in many countries around the world with thousands of stuffed animals being given out to children in need. It is a small token, but one that is very important. It is also a very nice way to make Christmas merrier for others as well. 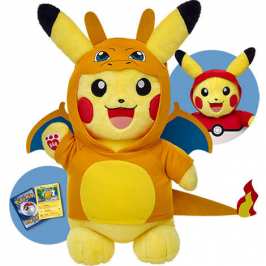 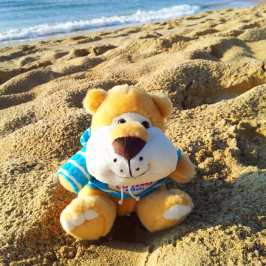 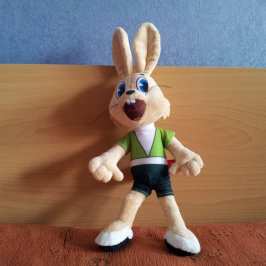 It’s a popular fact that many adults still sleep with their childhood stuffed animals. Among...

Have you ever wondered how a toy really becomes a toy? It’s quite the process,...