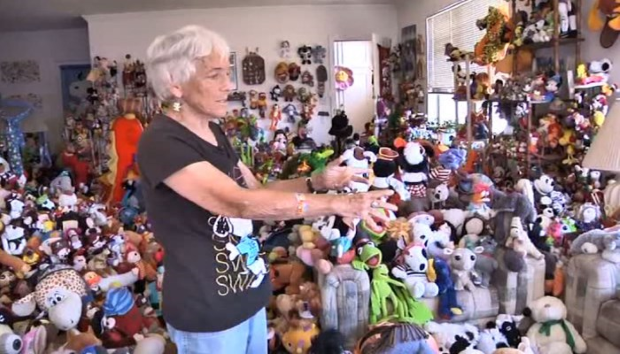 Having a lot of stuffed animals is a dream for any arctophile. But it turns out there’s such a thing as too many toys and they can even get you evicted.

Her apartment is filled thousands of stuffed animals and toys. They are so many, they are everywhere – even in the bathroom!

Nancy only has a few paths going around the house, a place to sit and a part of her bed. Everything else is simply covered in stuffed animals.

She keeps all toys organized in categories, so she knows where each toy is. Even more, she sends some of them in gift boxes to charities around the world. “Considering what’s going on in the world today, I would rather have these funny characters smiling at me. I just think they’re funny – they’re cute”, she says to the WWSB MySuncoast.

Sounds great, right? Sadly, not everyone sees it like that. There was a surprise inspection on her home. After it the landlord gave her an eviction notice and said her stuffed animals are a fire hazard.

“I’m devastated,” Duchovnay said. “I don’t want to leave. I love this. I don’t bother anybody. I don’t smoke, I don’t cook and I don’t have a live animal that can knock over a lamp.”

She’s lived there for 12 years and there weren’t any problems. Despite that, Nancy doesn’t give up. She says she will keep collecting toys. “Wherever I’m moving, they’re coming with me”, she says. 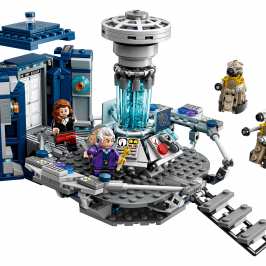 The fans of popular sci-fi series Doctor Who, aka Whovians, who also like LEGO, are...

Top toy lists are especially prevalent this year. Maybe that has a lot to do...