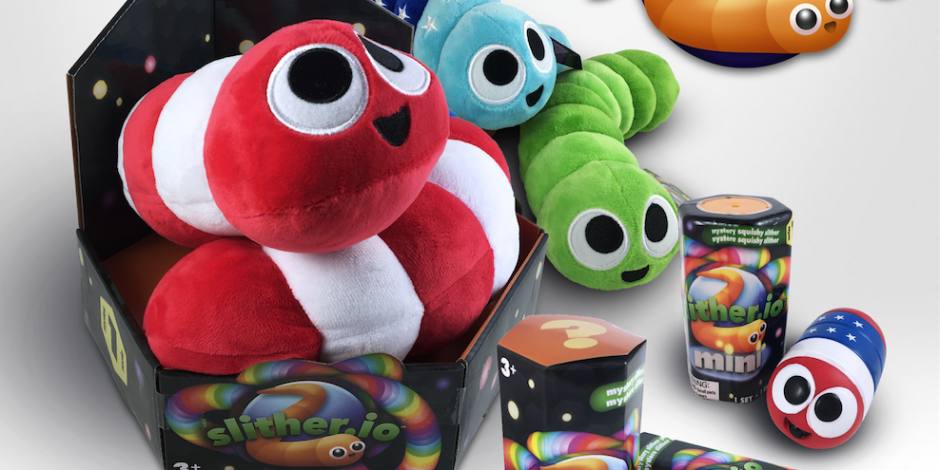 Popular browser game Slither.io added several new toy licenses to its lineup. This means most of the characters from the game are coming as toys and plush.

The free-to-play browser game is quite popular these days. So popular, that the company behind it is now looking at expansion.

Lisa Berlin Wright is a brand licensing agent for Slither.io and talked to ToyNews about some of the company’s plans. She also explains what the game is all about.

“In slither.io you try to become the longest player., competing against other players from around the world.If your head touches another player, you will explode and then it’s game over. But if others run into YOU, then THEY will explode, and you can eat their remains! In slither.io, you have a chance to win even if you’re tiny. You can swerve in front of a much larger player to defeat them, no matter how big you are”, she says.

Now the company has a partnership with Just Toys International. They will make trading cards, stickers, mini-posters and other collectibles. And all of them will launch worldwide very soon.

The company also has a partnership with Bonkers Toys. They create plastic and plush toys with slithers. And they have already started to sell out in US.

Slither.io is also working to add further toy partnerships. They will make apparel, party goods, school supplies and more toys. Most of the Slither toys and merchandise will make its way first into the US, Europe and Asia. So, if you like the game and its quirky characters, be on the lookout, as they are coming in toy form.

Musician Ed Sheeran revealed he has an extensive collection of teddy bears. They are so...

The coronavirus outbreak is bringing a lot of big changes to the economic world. This... 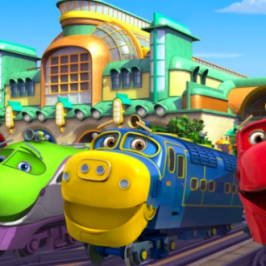 Thomas isn’t the only train-related toy series out there. Chuggington is also around and it’s...

A new US company called Wetwire Robotics has created the talking teddy bear of the...