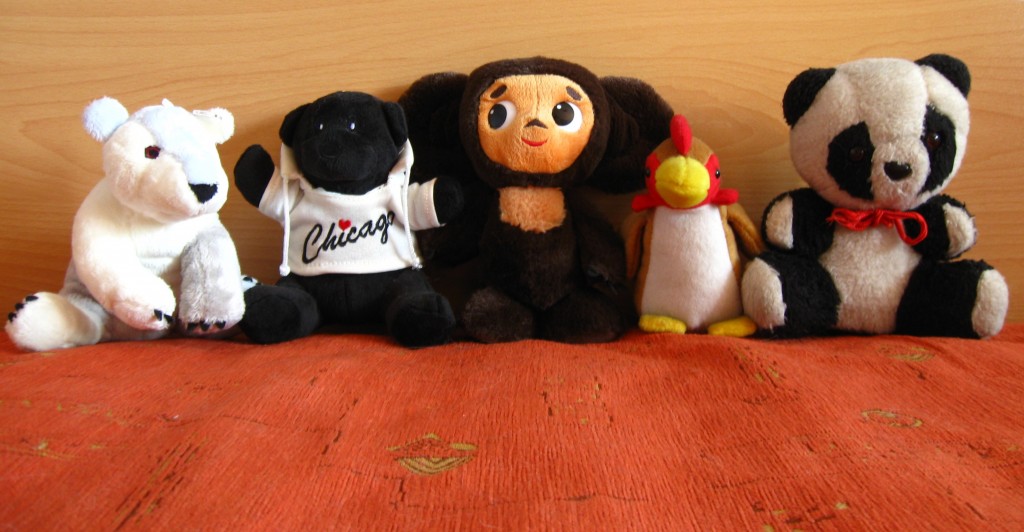 Stuffed toys mean a lot to many people. There are a lot of fun fact abouts stuffed animals that show just how important they can be. Or just how… unusual people can be. We have tried to gather a few fun facts but they are just a tip of a huge iceberg. If you have more, we will be happy to hear from you in the comments or in our forum.

In Japan there is a travel agency that is focused entirely on stuffed toys. Have your stuffies gone tired of endlessly playing with you? They can have a nice break traveling around the world.

The basic service of the agency is to give the stuffies a tour around Tokyo. But if you’re extra generous you can send your stuffed friend to Paris, London and other cities around Europe and even the USA.

Unagi Travel even post pictures of your stuffed friends during their travels so that you can see where they are and share some of the fun. You can also feel asured that your stuffie is feeling happy and is enjoying the trip.

Staying again in Japan, there you can find a caffee that has a special kind of visitors. Actually they are not visitors. They live there and keep company for the clients of the caffee.

Yes, the caffee has lots of stuffed animals to keep company to the visitors if they feel like having a special friend. Now that’s a coffee (or tea) in a pleasant environment.

You all know the classic Teddy bears. But have you wondered why they are called “Teddy” and not stuffed bears?

The name comes after the US president Theodore Roosevelt. During a hunt he came across a defenseless black bear. He refused to kill the animal. The story was heard by a toy maker who decided to make a stuffed bear and call it Teddy Bear after Roosevelt. An extra fun fact is that Roosevelt actually didn’t like being called Teddy at all.

Did you know that stuffed bears or as we established above teddy bears, are the most popular type of stuffed animals? They are more than 125 years old.

For their 125th anniversary a special teddy bear was made. It was so exclusive that it’s actually the most expensive one ever. It was priced at the impressive 193 000 dollars.

Winnie the pooh is one of the most famous stuffed bears. He was born during the 40s of the 20th century. He is so popular that in 2006 he even got his own star in the walk of fame in Hollywood. But we bet all he wanted was some honey.

Some other famous stuffed animals is the Russian Cheburashka. He’s also known by the name Topple in English.

He is a mix between a monkey and a bear. His name comes from a word play and roughly translated means tumbled or to tumble. Given his big round ears and head, tumbling comes easy for Cheburashka.

The main assumption is that stuffed toys are for kids. Actually during the years they have become a great gift for all. A lot of people gift stuffed animals for Valenties day. But they are also gifted for graduations, sports events and many other. The reason for that is simple – they are just great.

If you have some other fun facts about stuffed animals be sure to share them in our forum. Or even here in the comments. We’d love to hear from you.

The global coronavirus outbreak caused a lot of troubles not only with our health. It...