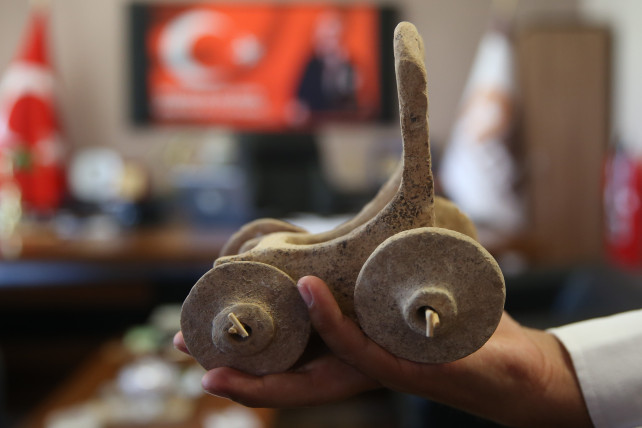 Toys are not just a modern creation. Scientists have found what appears to be the oldest toy in the world at around 5000 years old. Of course, it’s not plush.

Scientists found the ancient toy during the excavation of group of tombs in southern Turkey, the New York Post reports. The toy is a handmade chariot.

And it wasn’t the only toy they found. It was among a rattle and a few other smaller objects. “In one of these tombs, we found a four-wheeled miniature horse carriage, a children’s toy, as well as a rattle with a bird motif. Children’s toys were buried in children’s tombs. We thus know that rattles existed for children 5,000 years ago”, Yusuf Albayrak, Assistant Professor at Harran University’s Archaeology Department, told the Hurriyet Daily News.

The toy chariot is made from earthenware pottery. It’s complete with working, rotating wheels on axels, too.

“It shows us the sense of art and children’s sense of play 5,000 years ago. This finding is very important to us and will be displayed at Turkey’s largest museum complex. We think we will get more important findings as long as the excavations continue,” Celal Uludag, the head of the Sogmatar excavations, told Turkish news agency Anadolu.

His group is researching and excavating more than 120 tombs discovered five years ago. So far the scientists have researched 45 of them. So, there’s going to be more interesting discoveries in the future for sure.

December 2015 will be Safe Toys and Gifts Month aiming to promote awareness about toy... 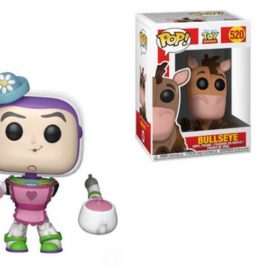 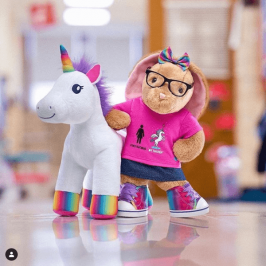 Build-A-Bear has found yet another way to draw your attention. The company is launching its...

Back in the day it was video games, now it’s mobile devices. Kids always love...