Currently Hake’s in York is holding an online action of about 400 rare Star Wars items. Among them is the Boba Fett rocket-firing prototype action figure.

The official item description is quite detailed, too: “AFA graded and encapsulated 3.75” tall fully painted engineering pilot with country-of-origin and copyright stamps, representing the final phase of development for this infamous 1979 Boba Fett prototype action figure. Originally 80-100 examples of this prototype were shipped to Kenner from Hong Kong for safety testing purposes; which resulted in only “non-firing” examples with sonically welded missiles being released to the public. Approximately 24-26 examples of this J-Slot variety are known to have survived, with several existing in rather rough condition, having been subjected to a variety of safety testing procedures that included but were not limited to heating, freezing, and other destructive trials and tribulations. Due to the exceptional condition of the example offered here – AFA-graded 85+ NM+ – this J-Slot was clearly spared these harsh conditions. The only evidence that this prototype was used for testing evaluation is the typical indexing marks placed on the underside of figure’s feet.”

If you happen to have money to spare, you can join in on the auction. The end date is November 7th, 2019. So, there’s still some time remaining. This means that the price is surely going to go even higher. 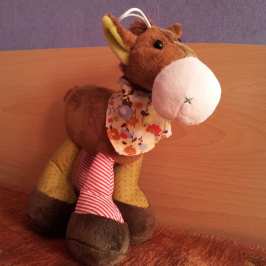 There are lot of options to clean stuffed animals. One of them is to use... 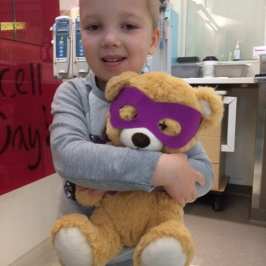 Teddy bears are among the all-time favorite toys. But they can and do a lot...

Despite being gone from the US and UK for a few months, Toys R Us...