The 2019 National Toy Hall of Fame inductees are now official. They feature three classic toys which are basically still around today.

A panel of experts selected Matchbox Cars, the coloring book as a whole and the collectible card game Magic: The Gathering. Sadly, the Care Bears and My Little Pony didn’t make the cut and will remain just as nominees.

At least for now. They can try their luck next year, too. As a result, this year the National Toy Hall of Fame doesn’t get any stuffed animals to join the 68 previous winners.

Matchbox cars are around since 1953 when they debuted in England. They came to the US a year later. By 1960 Matchbox was selling more than 100 million toy cars per year.

This prompted the introduction of Hot Wheels in 1968 which eventually took the crown. Today both brands are owned by Mattel and Hot Wheels has been in the National Toy Hall of Fame since 2011. “Matchbox Cars revolutionized the toy car industry after their introduction, and the name Matchbox has become synonymous with miniature cars,” Chief Curator Christopher Bensch said in a news release. “It’s only fitting that they join the Toy Hall of Fame to sit in the winner’s circle alongside Hot Wheels, the other titan of the field.”

Meanwhile, the Magic: The Gathering came around in 1993. It also has a book series, several video games and even a Netflix series. “The fact that it continues to maintain popularity is a testament to its revolutionary gameplay and constant evolution, making it engaging for beginners and experts alike,” curator Shannon Symonds said.

Finally, the coloring books. Many credit the New York printing company McLoughlin Brothers for making the first ever coloring books in the 1880s. Coloring books have been around for a very long time and they were seen as a kids’ activity. These days though it’s also popular among adults as it’s seen as a way to boost creativity and reduce stress.

Curator Nic Ricketts says, “People have expressed their creativity by adding color to shapes and images for much more than 100 years, and coloring books have provided educational and calming benefits to children and adults for more than a century.” 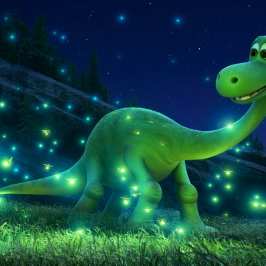 Disney and Pixar’s The Good Dinosaur movie is getting an official line of plush animals....

The Teddy Bear Posse is a charity initiative which continues to gather popularity. It has...

We at StuffedParty.com want to wish you a very Merry Christmas! It’s one of our...

With Christmas around the corner it is time to start thinking about gifts. And it...