Furious 7 star Ludacris will be guest starring in Disney’s animated series Doc McStuffins. He says he loves the series and “loves everything about it”, People reports.

Ludacris will give the voice to a toy named Get-Well Gus and will be part of an upcoming episode of Doc McStuffins who began the third season of the animated series in the middle of August 2015. “I’m a fan of Doc McStuffins. I think it has a great message and great creativity. I love everything about it. I think it’s good because it really shows kids how to take care of themselves and to look at it differently whenever they get hurt as opposed to feeling bad about it”, he says.

Get-Well Gus is a flying Pegasus toy. Ludacris has already began the voice work and the episode will be ready soon. He says two of his daughters also watch and love Doc McStuffins. In May of this ear he in his wife welcomed daughter Cadence Gaelle. “It’s the best gift that God can give to anyone so I’m very blessed,” he says of the family’s new addition. “It motivates me to just want to continue to work harder and to set a great example for the kids, and to just build this [strong] foundation.”

“The first two months were hard, but Cadence is starting to sleep through the night now… almost,” he adss. “She might wake up one time, but we’re getting there.” Ludacris now chooses his projects in a way that he gets to be home as much as possible. He works more from home and travels only if really needed and around the kids’ schedules.

Dottie “Doc” McStuffins is a young who wants to take up a Doctor profession like her mother. She tries to learn the nuances of medicine by treating her toys and stuffed animals. She also gets help from her animal friends in treating the toys. The show, which has the underlying message to stay healthy, aired for the first time in March 2012, and is currently in its third season. It is created by Chris Nee.

My Friend Freddy Bear is an interactive teddy bear which can learn about a child... 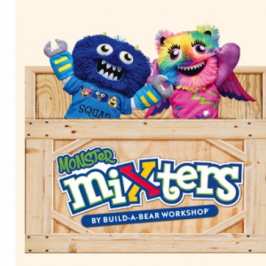 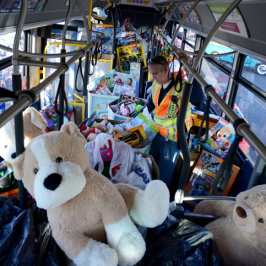 The 25th annual Anaheim Stuff-A-Bus drive was quite the success. The event managed to fill...

The annual Blessing of the Animals is this weekend and churches across the US will...