The Children’s Hospital Foundation of Manitoba in Winnipeg recently had a Teddy Bear Picnic. It went great but at the end there were a few lost teddy bears.

The staff has found them and has taken them in. Currently the stuffed animals awre well cared for and safe, but they do want to go home to their owners, the staff at the hospital says to Global News.

“We have so many of them this year. We need to reunite them. They sleep in our office because it’s nice and warm, and no one will bother them”, says Tanya Williams, the communications director of the Children’s Hospital Foundation.

Already seven toys have been claimed. But there are still a few more that are waiting for their owners to recognize them and call the Foundation. The stuffies in question are in the image above. So if you went to the Teddy Bear Picnic this past Sunday and lost your stuffed animal or know someone who went there, do check out the picture above to see if the stuffie searched for is there.

Williams says right after the event was over, there was a father who was looking around the field. He was looking for a white teddy bear. By happy chance one of the volunteers was actually holding it. “It was such a beautiful moment”, Williams says.

The photo comes with the following message:

“We were left behind

But we are fine

And in good care at the Children’s Hospital Foundation.

Back to our friends

So we can be reunited in a happy situation.”

Anyone who recognizes one of the toys should contact the Children’s Hospital Foundation of Manitoba at 204-787-4000. 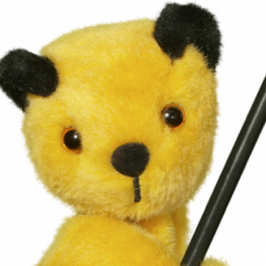 Golden Bear announced it has renewed its license for making stuffed animals and plush toys...

Two of the most anticipated movies by toy fans are changing up their schedules. Pixar... 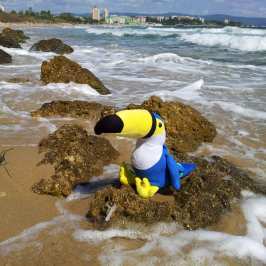 Recently we took some of our stuffed animals on vacation to the seaside. They loved...