LEGO is one of the few other toys apart from stuffed animals which is being universally liked by a huge number of various people. Its founder got named the top toy inventor in a huge survey.

The survey was carried by ToyNews ahead of this year’s Inventors Workshop. The online publication has asked 2000 British toy designers to name their top toy inventors. Ole Kirk Christiansen is the founder and designer of LEGO. He founded the company in 1949.

Over the years LEGO has built a big brand and a huge fan base. In January of this year another survey named LEGO the greatest toys of all time. Then in February LEGO was named the world’s most powerful brand.

And it has the figures to back it up. More than 560 billion LEGO pieces have been produced over the years. Just last year there were 60 billion of them made. LEGO is also the biggest tire manufacturer in the world, even above the makers of tires for real cars. Want to find out more amazing LEGO facts? We have you covered.

“This is a brilliant list, and the fact two UK inventors cracked it highlights the UK as the hotbed of inventor talent that we know it is,” says Billy Langsworthy, Inventors Workshop conference director.” We’re hoping to continue to keep tabs on the current breed of toy and game inventors with this year’s Inventors Workshop and, who knows, when we come to do this poll again in the future, some of this year’s delegates might have cracked the list.”

Who are the other top ten toy inventors? Here they are:

3. Erno Rubik – the creator of, you guessed it, Rubik’s cube.

4. Richard James – inventor of the Slinky.

5. Ruth Handler – creator of Barbie. She was inspired to do so after watching her daughter Barbara struggle to dress up paper dolls.

6. Leslie Scott – designer of over forty board games, including Jenga.

8. Walter Frederick Morrison – got the idea for the Frisbee when he and his then future wife got offered 25 cents in 1938 for the cake pan they were tossing back and forth on a beach.

9. Wim Ouboter – creator of the Micro Scooter. His favorite sausage shop in Zurich was too far away to walk, yet not far away enough to take the car out of the garage.

10. Reiner Knizia – he has made over 500 different games. One of them is Lord of the Rings. 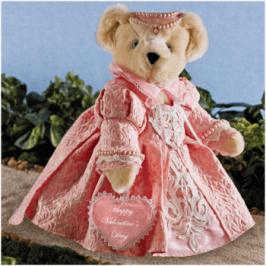 Stuffed animals remain one of the most popular gifts for Valentine’s Day. They go along...

It’s been a while since LEGO has talked about its movie plans. In 2015 the... 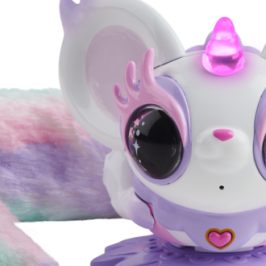 WowWee is ready with its latest interactive robotic toy. The Pixie Belles are going to... 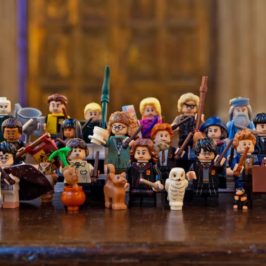 A 12-year-old boy has made a generous donation of more than 200 stuffed animals to...