Japanese designer Nigo has one of the biggest and most impressive collections of classic Star Wars toys. Now he is auctioning quite a lot of them.

The auction will be run by Sotheby’s and will be held on December 11th 2015. It will be online so everyone who want to take part will be able to do and bid for the classic Star Wars collectibles.

Nigo’s collection features hundreds of classic Star Wars toys from the very first ones that hit the stores in 1977 with the first movie. It also features many very rare toys. In total more than 600 action figures and toys will be offered. Additional accessories include replica Darth Vader helmets to autographed lightsabers,vintage film posters and even a Jabba the Hutt cookie jar.

The estimated prices for the toys and items are between $100 and $35 000 a piece. This includes toys produced only in the most-limited of numbers, such as a Luke Skywalker figurine with double telescoping lightsaber (est. US$12,000–18,000), quickly withdrawn from the market due to the propensity for the lightsaber to snap off – one of only a handful available in such fine condition.

Amongst other toys are set of “Revenge of the Jedi” backing cards (est. US$3,000–5,000) which were produced before George Lucas decided that “revenge” was unsuitable for the film’s title as a true Jedi would never seek revenge! Further highlights include two complete sets of collectible “Power of the Force” coins, which were only available on special request from the manufacturer Kenner (est. US$25,000–35,000) and the earliest item of “Star Wars” merchandise that Lucas Studios ever licensed:the Early Bird Certificate Display Package (est. US$7,000–9,000).

The toys are separated in 175 lots. “Return of the NIGO” follows in the wake of “NIGO® Only Lives Twice,” the “white glove” sale of 250 pieces of collectibles, jewellery and watches, luxury goods, design furniture and contemporary art from his private collection in Hong Kong in October last year. The sale fetched a total of US$4.5 million(HK$35 million), more than double the pre-sale high estimate, says the official statement.

The Teddy Bear Posse is a charity initiative which continues to gather popularity. It has...

Fans wanted to be among the first to get the new toys and stuffed animals...

The next few days are going to be critical for the fate of Toys R... 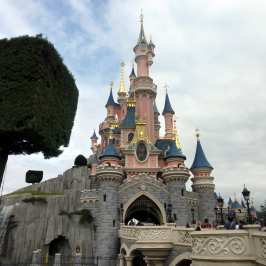