Google is famous for its search engine and lots of other things and soon it may become famous for stuffed animals too. The company wants to patent smart stuffies.

Recently Google has filed a patent for a line of internet-connected stuffed animals that can control appliances and maintain eye contact with the person. Sounds a bit creepy, right? Well, the Google stuffed animals would have quite a few use cases.

For example, the toys will “listen” for phrases. For example you could say “wow, what a table” and the stuffies could potentially look at it. They will have motors in them, so they can open their eyes, blink and rotate their head. So you can talk to the stuffies and they will try to look and actively listen to you.

And that’s not all, folks! The Google toys will be able to respond to you, too. It’s potentially something like the voice assistant Google Now, but for stuffed animals. The Google stuffies will also be able to mimic emotions. They can sit up in surprise, or open their eyes wide and etc.

Parents will also be able to use the smart toys as baby or children monitors. The toys can detect movement and sounds even when appearing to be asleep. They will be always listening. Now this may be a bit of a problem, at least at this day and age.

A WiFi internet connected Barbie that was also able to listen to children and use the internet to bring up voice answers got quite a lot of bad reactions due to the functionality. Parents weren’t happy at all that a company can possibly listen in on their children. They probably won’t be much happier at a stuffed animal that not only listens but command house appliances, TVs, thermostats and so on via voice commands given to the smart stuffed animal.

On the face of it, it does have quite a lot of potential. A smart stuffed animal can help out a small child getting more comfortable and helping the child out when learning how to work with the stuff around the house. Usually small children are told not to for example touch the air conditioning remote and when they do it anyway, they make a mess of it. A smart stuffie could be the bridge between the child and the household appliance and help out or why not notify you if a potential problem is brewing.

The idea is definately interesting, but it may take a while before the users are more ready and open for it. Google is not in a hurry though. The company says to the BBC that it’s not even neccessarily sure the smart stuffed animals would even make it to the market. Since the company liked the idea enough to patent it, though, it won’t be a surprise if it is at the very least considering it as a potential new business down the line. 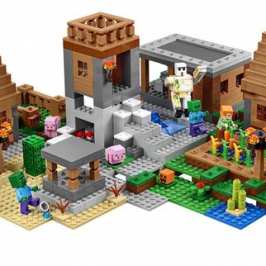 Hasbro is now the number one toy brand in Amazon UK’s chart. It overtook LEGO...

Build-A-Bear is preparing for the latest Batman and Superman movie with special new teddy bear... 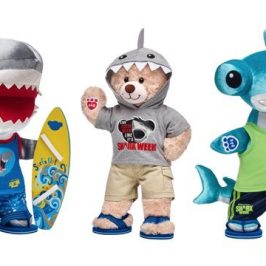 Toy Story is the talk of the town in the toy world for a while....