Are you looking for a different gift for a geeky friend? Why not a stuffed animal toy? We have selected five stuffed animals for geeks that show soft toys can be suitable for everybody and bring a smile to all.

If you know all of the following characters chances are you are a geek too. Relax, there’s nothing bad in that. Beeing a geek is not the social drama that it used to be. Now you can be a geek and still be cool. 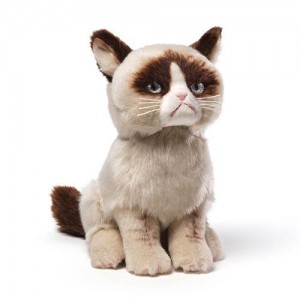 Who is this? Yes, this is the world famous Grumpy cat. She comes to you in a 10-inch high version and all of her grumpyness. But as any cat, she also likes to cuddle, but don’t say that out loud as it’s a secret. 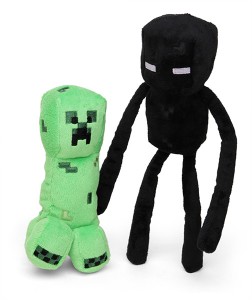 Minecraft Creepers and Enderman are not really known for being friendly towards players. But their soft plush version actually has no issue with you looking at them. If it’s not all the time that is, so be careful around them. They even look as edgy as possible although the real world has curved their edges a bit. 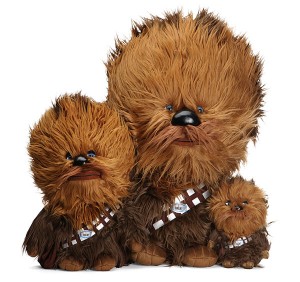 Star Wars fans rejoice! Well they all have been for months since it was announced that the famous movie series is returning. One of their famous characters, Chewbacca, is already waiting for you to add him to your collections. He even makes noises when squeezed. 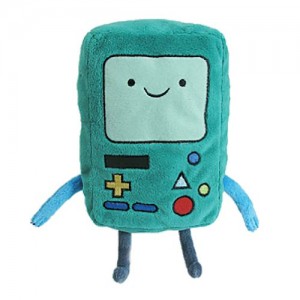 This is Beemo. Well, of course you know who it is, but maybe somebody reading doesn’t. Ah, who are we kidding. Who doesn’t know this funny little character from Adventure time. He comes to you in a 12-inch plush version and is looking almost identical to his cartoon original. 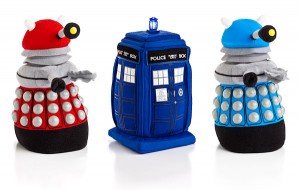 These ones are a little easy as they come from one of the most popular TV shows ever – Doctor Who. Well we’ll tell you who. It’s the TARDIS and DALEK. They are both plush and soft but they have some extra bits on them. The TARDIS for example has a flashing light on the top and makes noises when squeezed. The DALEKs can also speak and say who is their enemy (most likely you).