Disney Research has achieved something quite a lot of people thought is not possible – it has made 3D printed figures with varying elasticity for toys of the future.

What does “varying elasticity” mean? Currently, 3D printers make figures that can’t move. In order to move, you have to make each part separate and then attach it with joints. It is basically how all action figures work, no matter if they are 3D printed or not.

This new technology and material by Disney Research though eliminates the need for complex parts and joints. It can vary the amount of elasticity and movement in 3D objects while they are being printed, 3DPrint reports. For example the technology can make a sturdy body and limbs for the figure, but add enough elasticity at the “joints” to mimic such and allow for moving parts of the figure.

This would allow to make even more realistic looking figures without the obvious joints they have now. It will also lower the production costs and make the entire production process much easier.

But Disney is not thinking to use the technology just for future action figures. The company is actually researching it for stuffed animals, too. Disney Research is working to make a prototype teddy bear that is using such a structure. It already has moving and bending limbs, a soft belly, harder head structure and so on. Then it is simply a matter of adding the outside fabric or fur and you have an entirely new wave of realistic stuffed animals.

The entire development of such a toy is done on a computer. First a 3D model is made and on it the parts which have to be bendable or soft are marked and then the value of how soft or bendable they should be is added. Each part can be treated separately meaning one leg can be softer or more bending than the other. You can have a softer neck to allow for head movement, but stiff shoulders and head. The possibilities are enormous.

Currently Disney Research doesn’t give a timetable when to expect this new technology to go into production. There is still some work to perfect the technology, but we are guessing it is a matter of time it becomes a popular way of making toys as it is very impressive.

You can see the prototype figures in action in the video below:

For all of that hype and expectations, Toys Story 4 certainly brought a lot to... 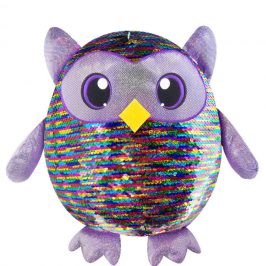 Vivid is ready to launch its latest plush toy line. It’s called Shimmeez and will... 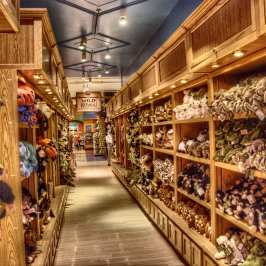