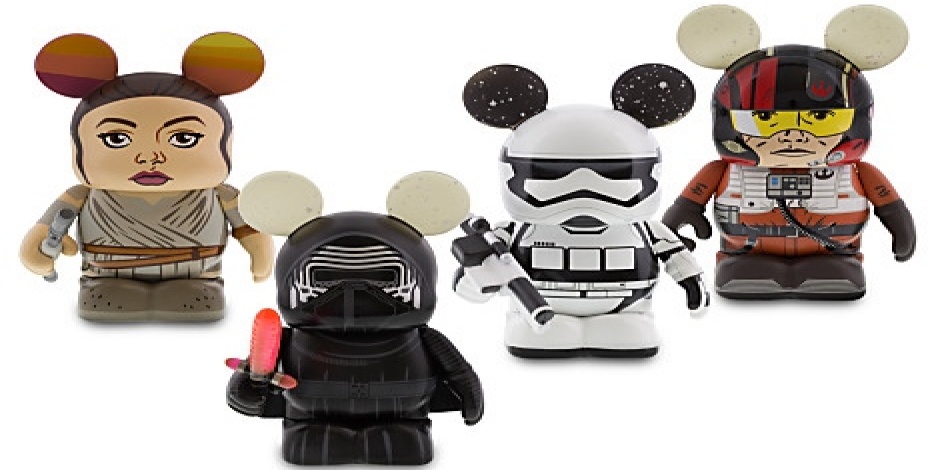 Disney and Topps have debuted their new own separate Star Wars toy lines. They are inspired from the new The Force Awakens movie, naturally.

The new Star Wars The Force Awakens movie is already a huge box office success and you know what that means. Now all of the plans for new toys for the franchise will be put in action and in full speed! Prepare yourself for a year filled with various Star Wars-themed toys!

Naturally Disney will be leading the charge as the owner of the Star Wars rights. Other companies, like Topps, though will too get in on the fun. This means fans will be spoiled for choice of toys in literally every possible segment you could imagine and even some you wouldn’t.

Disney is beginning the charge with a special toy line of play-sets that will be available only in the UK for the time being, ToyNews reports. The range includes two 6-inch tall Die-cast figures – Rey with Lightsabet and BB-8, there is also a separate set of Kylo Ren Unmasked, also a 6-inch Die-Cast figure.

Amongst the other toys in the line is a Deluxe figurine playset, a talking Chewbacca action figure, BB-8 limited edition figurine, a pin set, puzzle and many more. If you are a Star Wars fan and want to get your hands on these toys, you can also check the online store of Disney.

Topps also revealed a new Star Wars lines for its huge sticker collection. It will feature two ranges – Star Was and Force Attax which will have trading cards wit movie stills from The Force Awakens. The Star Wars sticker collection will be a two-parter. Part one will have 180 stickers and a 64-page album. Part two fill be launched in February 2016 and will feature more stickers with the exact number still not specified.

The trading card game Force Attax will feature over 200 cards, including puzzle cards, Power Boost cards, holofoil cards and many more. As we said, it is a great time to be a Star Wars fan since you will be spoiled for choice. We are eagerly waiting to hear more about the future stuffed animals from the movie.