While you are looking for old teddy bears, be sure to dust out the vintage board games you have forgotten you have. Their value is rising more and more.

According to ParcelHero classic board games are a prime target of collectors who want to buy old and rare editions. For example an early original Monopoly was recently sold for a whopping 90 000 British pounds. Yes, that is ninety thousand British pounds for a board game.

Of course the condition of the board game is important. The less scuffs, the better. ParcelHero is saying that sales of new board games have increased by 40% and children are coming back to the classics, despite the big popularity of video games.

Most parents simply take out their old board games and give them to the children, but actually, ParcelHero is advising them to first check the value. Even the White Box edition of Monopoly for example sells for 5000 British pounds. A 1961 version of Monopoly is going on eBay for about 500 British pounds. Pre-war editions can go for double that amount. So take a good look at your stash of board games before you decide to give them to your kids or God forbid, throw the classics away.

Collectors are crazy about all of the tiniest details on the board games, their boxes, instructions and so on. So take a good look at the condition of your belongings. ParcelHero says even though Monopoly is the most popular and sought after board game by collectors, other games also can fetch a good buck. Like an early Mickey Mouse Snakes and Ladders edition which sold for 480 dollars.

“For many of us, the 1970s and 1980s were the golden age. Mousetrap sells from £40 to £60, early Frustrations for around £100, Mastermind at around £35 to £50, with Kerplunk the poorer cousin at £15-£20. Remember these were mass produced, but not so many have survived intact. My own favourite, an elaborate game called Haunted House, is also worth a spooky amount: an early 1962 example sold recently for $800”, says to ToyNews David Jinks who is ParcelHero’s head of publications.

So, as you can see, you never know what kind of riches you may have. But while selling a board game might be pretty easy, we doubt selling an old vintage stuffed animal would be so easy to do, even if for big money. At least it is something that we would find a little bit too hard to do given that we haven’t sold or even thrown away any of our stuffed animals ever, no matter their condition. 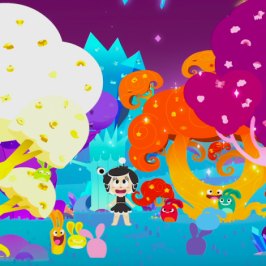 Hasbro is launching a new animated digital series. Its called Hanazuki and will be on... 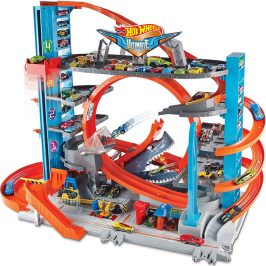 There have already been lots of charts about the most wanted and best toys this...