12-year-old Juliette Harrison has juvenile arthritis but this doesn’t stop her from helping others by making stuffed animals and donating them. It is a heartwarming story.

Juliette thought other kids with the same disease my need a little help and she wanted to contribute, M Live reports. So she decided to make stuffed animals for the other kids and give them out. And that’s exactly what she is doing.

So far Juliette has crocheted about 40 stuffed animals with arthritis. Each toy has a red patch on their elbows and knees. The stuffies are specially made for other children with the disease.

Juliette has a great goal – she wants to make sure every kid at the University of Michigan’s C.S. Mott Children’s Hospital’s rheumatology clinic receives a stuffed animal from her. She is making a cat, dog, bunny, snowman, elephant and a lion and other children can choose which one they want. “She knows one of the best ways to heal is to help other people,” said her mother, Calesta Harrison.

After the diagnosis, Juliette wanted to go to the family’s cabin for a time to work through her emotions, find a doll with arthritis to take to her appointments. She also wanted to help others through a diagnosis and treatment.

Her mother couldn’t find any such dolls, so she contacted an artist on Etsy to make an arthritis doll for Juliette. The doll had a cyst on the back of her knee and reddened knees, just like Juliette. While wondering what she could do for others, Juliette, who is homeschooled, had the idea of making stuffed animals with arthritis.

Harrison said her daughter recognized she is lucky and will likely make a full recovery, while some kids with the disease are bound to a wheelchair. Charles Harrison, her father, made a website, arthritisanimals.org, for Juliette to put a call out to other to make more arthritis animals. 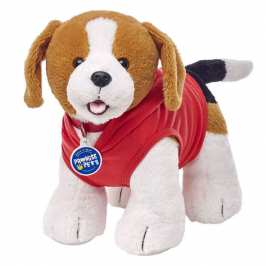 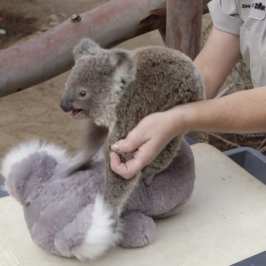 Do you want another teddy bear? Of course you do. How about a giant one?...

Teddy bear drives are continuing to gain popularity all over the US. It’s a simple... 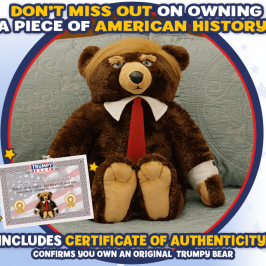 Teddy bears and US presidents seem to go hand in hand. Now Donald Trump can... 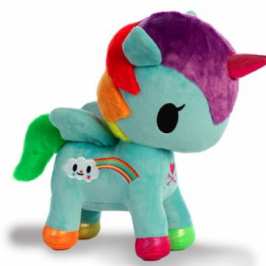