For years pediatricians are warning parents about the dangers of sudden infant death syndrome (SIDS). Despite that, most parents still neglect the danger.

A new study, published this week in the journal Pediatrics reports, shows that 9 out of 10 parents put their babies to sleep in unsafe environments. Penn State University revealed a whopping 91 percent of infant cribs contain bumpers, sleep positioners, stuffed animals, loose blankets and other items that pose significant danger.

The study also revealed that 14 percent of parent participants placed their babies on their sides or stomachs instead of on their backs. Since 1992 the American Academy of Pediatrics recommends babies to sleep on their backs.

Parents don’t think it’s going to happen to them,” study author and Penn State’s chief of general pediatrics, Dr. Ian M. Paul, told Today. The ideal sleep environment for an infant is a bed with just the baby and their clothing and absolutely nothing else, Paul said.

Paul also reminds that infants tend to move on their own during their sleep. So, even if you put your child on his or her back, it’s important to check on them. They could knock over a pillow, stuffed animal or blanket nearby.

Accidental suffocation and strangulation claim the lives of 3,500 babies each year, according to the U.S. Department of Health. SIDS is the most common cause of death for babies under the age of 1.

The recommendations by the CDC are:

When Toys R Us filed for bankruptcy many people knew this will have a profound...

Toys R Us has sold the popular brand FAO Schwarz to another toy company. The... 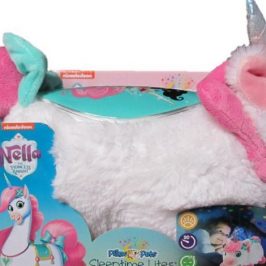